LGC, a UK-based global leader in the life sciences sector, has acquired Hertfordshire genotyping pioneer KBioscience. BCMS advised the shareholders of KBioscience on the transaction.

Established by Phil Robinson, Jon Curtis and Victor Crew in 2002, and with 60 staff at the time of the transaction in 2012, KBioscience provided genotyping service technology to academic, pharmaceutical and agricultural biotech customers.

“We are pleased that BCMS identified LGC and helped us to conclude this deal” – Phil Robinson, KBioscience

LGC is an international leader in the laboratory services, measurement standards, reference materials and proficiency testing marketplaces. At the time of the deal, the company was majority owned by Bridgepoint Capital, a major international private equity group.

Under the terms of the deal, KBioscience joined LGC’s Berlin-based Genomics, securing strong positioning in the two largest life sciences markets in Europe.

Phil Robinson, managing director, KBioscience said: “Our business has developed so strongly over the last three to four years; to be part of a larger organisation with greater global reach is very exciting for us. We are pleased that BCMS identified LGC and have helped us to conclude this deal.” 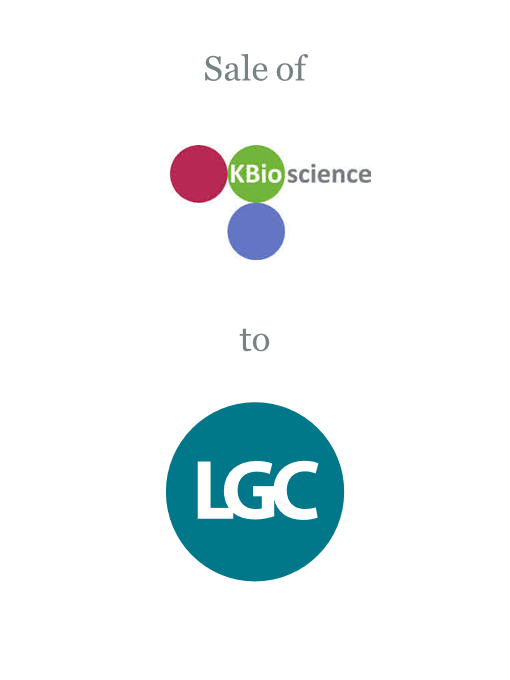