Amberon, one of the UK’s leading providers of traffic management services, has secured a £25m funding package from private equity investor LDC and HSBC to back the management buyout of the business and fund further expansion. The shareholders of Amberon were advised by BCMS on the transaction, which completed in 2017.

As part of its investment, LDC will take a significant stake in the fast-growing company alongside the current management team – led by Managing Director Terry Musson and Commercial Director Daniel East – while enabling its founder shareholders to exit the business.

“This is an important moment for the company. We’ve always had an ambition to continue to scale the business” – Terry Musson, Amberon

Headquartered in Paignton, Devon, Amberon has grown from a small traffic light rental company to a specialist traffic management services provider with 18 depots, a 350-vehicle fleet and almost 500 people.

The business, which works with major infrastructure contractors as well as local authorities and utility companies, generated record sales of £26million in the financial year prior to the transaction.

Working with LDC, the management team plans to accelerate its growth outside its South West of England and Wales heartland by opening further depots to service work in the Midlands, North West, South East and East, as well as launching new complementary services.

Terry Musson, Managing Director of Amberon, said: “This is an important moment for the company. We’ve always had an ambition to continue to scale the business and provide greater geographical reach for our clients. Bringing LDC on board gives us the capital and confidence to continue our journey and build on the hard work over the last decade that has made Amberon such a reliable partner in the sector.

Alistair Pendleton, Director of LDC and Head of South West & Wales, added: “Amberon is a classic example of the type of company LDC is keen to back in the South West and Wales as we look to invest £1.2bn of equity nationally.”

BCMS Director Andy Denny said: “We’re pleased to have advised on a transaction that supports jobs growth in Devon, while also allowing the shareholders to move on. We have worked with LDC many times before, and have no doubt they will prove to be a great partner for Amberon as it grows into a national champion.”

LDC agreed to sell its stake in Amberon in late 2018. During the partnership, the group’s turnover increased by 23% to £37.5 million, and the business opened six new depots, added 50 new vehicles to its fleet and created over 50 new jobs.

As Terry Musson commented: “Partnering with LDC has helped us to drive growth in our business more quickly than we anticipated, all without losing the Amberon way of doing things.” 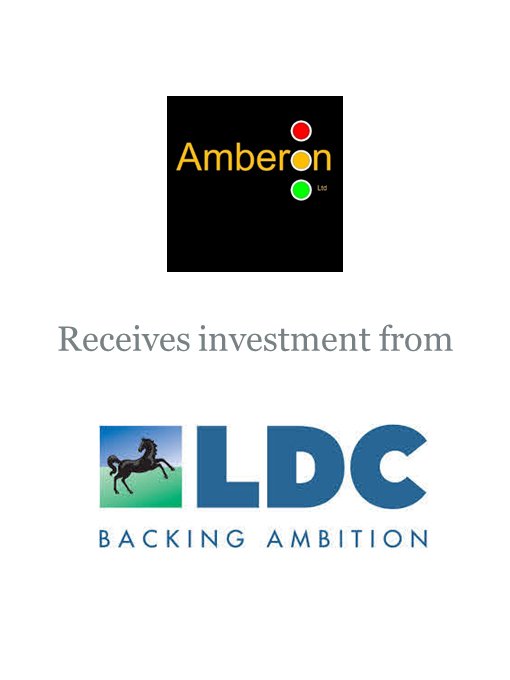