NASDAQ-listed Cinedigm Corp (NASDAQ: CIDM) has acquired global VOD service Viewster and its subsidiary platform Viewster Anime. The acquisition bolsters Cinedigm’s extensive Over The Top (OTT) content portfolio, while adding an established and well-known property with a homegrown consumer base. BCMS advised the shareholders of Viewster on the transaction, which completed in 2019.

Los Angeles-headquartered Cinedigm, which focuses on digital cinema, software, content marketing, and distribution, will immediately take over ownership and management of all Viewster and Viewster Anime content, augmenting the platforms’ roster of fandom and Anime offerings into Cinedigm’s library of channels and content, with select programming debuting on the Company’s popular fandom lifestyle network CONtv.

Viewster Anime will continue to exist as a subscription channel on Amazon channels as well as the Roku channel. Cinedigm also plans to bring ad-supported, linear and subscription offerings of Viewster to additional OEM, cable, telco and digital partners over the next several quarters.

Founded in Zurich, Switzerland in 2007, Viewster quickly emerged as a competitive force in the global video-on-demand industry — delivering thousands of hours of new digital content, and establishing a strong branded presence in over 30 international markets that includes a combined total of over 256,000 subscribers across YouTube and Amazon Prime Video, as well as more than 1.1 million monthly active viewers around the globe.

The acquisition will expand Cinedigm’s already sizeable customer base, which achieved over 370% year-on-year growth in ad-supported user base across linear and ad-supported VOD platforms in 2018. Cinedigm plans to make Viewster a core part of its ad-based content strategy, integrating the platform’s eclectic entertainment library featuring over 6,000 films and series. 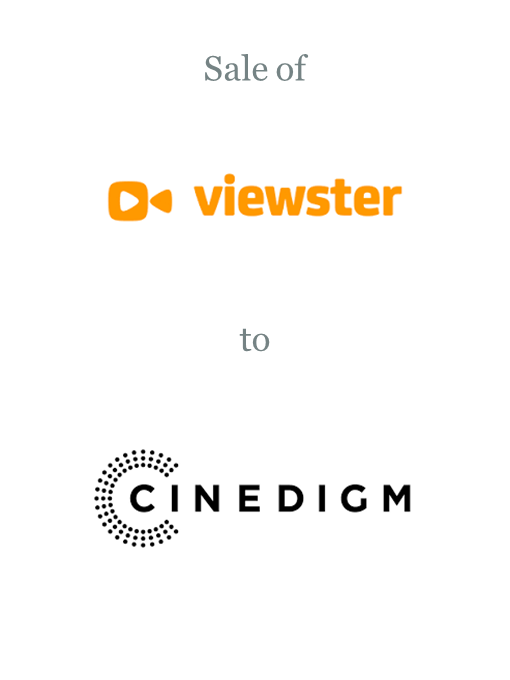